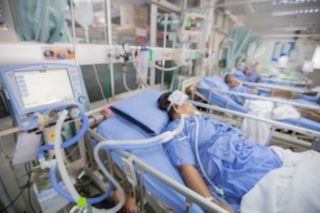 The number of deaths from sepsis worldwide is much higher than previously thought, with an estimated 20% of people dying from the life-threatening condition, according to a new study.

. "We need renewed focus on sepsis prevention among newborns and on tackling antimicrobial resistance, an important driver of the condition."

This inflammation can lead to blood clots and leaky blood vessels, which in turn cause poor blood flow, according to the . In severe cases, sepsis can lead to organ failure and life-threatening drops in blood pressure.

Some of the most common underlying causes of sepsis in the study were diarrheal disease, respiratory infections and maternal disorders (such as infections after childbirth.)

Many cases of sepsis, particularly in developing countries, could be prevented with increased access to vaccines (to reduce infection risk), improved sanitation and adequate nutrition for children and mothers, said study lead author Dr. Kristina E. Rudd, an assistant professor in the University of Pittsburgh's Department of Critical Care Medicine. High-income countries also need to do a better job at preventing hospital-acquired infections as well as chronic diseases that can make people more susceptible to infections, she said.

2 CommentsComment from the forums